As the UK comes together to show support for the men and women who make up the Armed Forces community this Armed Forces Day (Saturday, 25th June), Cambridgeshire based charity Magpas Air Ambulance is proud to celebrate receiving a Bronze Award for their support of Armed Forces personnel who work for the service.

Magpas Air Ambulance, the charity that saves lives 24/7 across the whole of the east of England by bringing pre-hospital emergency care to critically ill and injured patients, has multiple serving Armed Forces personnel, veterans, reservists and family members within the charity. Andy Smith, Magpas Air Ambulance’s Clinical Operations Manager and Critical Care Paramedic, was in the Royal Air Force for 34 years as a paramedic on the Medical Emergency Response Team (MERT) and served in Afghanistan five times, as well as Bosnia and both Gulf Wars.

He says, “After three years in the United Kingdom Special Forces Medical Group I became the inaugural Defence Specialist Advisor for Paramedics. This involved managing all Her Majesty’s Forces paramedics and advising the surgeon general on policies and strategic decisions.

“My time in the military has shaped my entire life, as well as my work at Magpas Air Ambulance. For me, the charity’s greatest strength is the continuous support, education and training for staff as well as learning from other services – including the Armed Forces. We regularly utilise procedures and equipment that are used on the battlefield to enhance our patient care and we value the skills and expertise that Armed Forces personnel bring to the service.”

Natalie Church, Magpas Air Ambulance Director of Operations, continues “The skills and experience of our military staff compliments our lifesaving service, and in return Magpas Air Ambulance provides these clinicians with the opportunity to not only maintain but further develop their clinical expertise in the field when they’re not on active operations.”

Magpas Air Ambulance’s Chief Executive, Daryl Brown MBE DL, who is also Honorary Commander for the 423rd Medical Squadron of the 501st Combat Support Wing, explains “Magpas Air Ambulance has a 50-year history of current and former military personnel working in our charity, from some of our founding doctors being RAF and Army GP’s and the first A&E consultants in the UK. We are proud that today, still many of our clinical and non-clinical staff are current or former service personnel.

“Magpas Air Ambulance is currently based on a former RAF air base, RAF Wyton, and we have extremely strong links into the Joint Force Command Station, our neighbours.

“As a charity we have signed up to the Armed Forces Covenant and we’re incredibly proud of our colleagues who have and continue to serve in the Armed Forces, as well as their families, and will always ensure they are treated fairly and get the support they need from Magpas Air Ambulance not just this Armed Forces Day—but every day.” 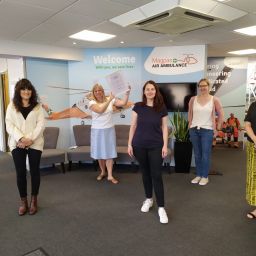 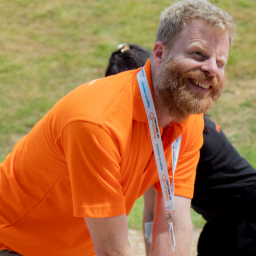 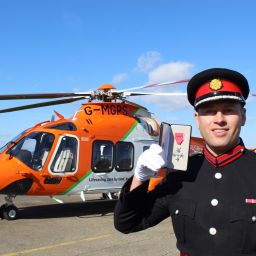