The Cambridge cook up a lifesaving storm! 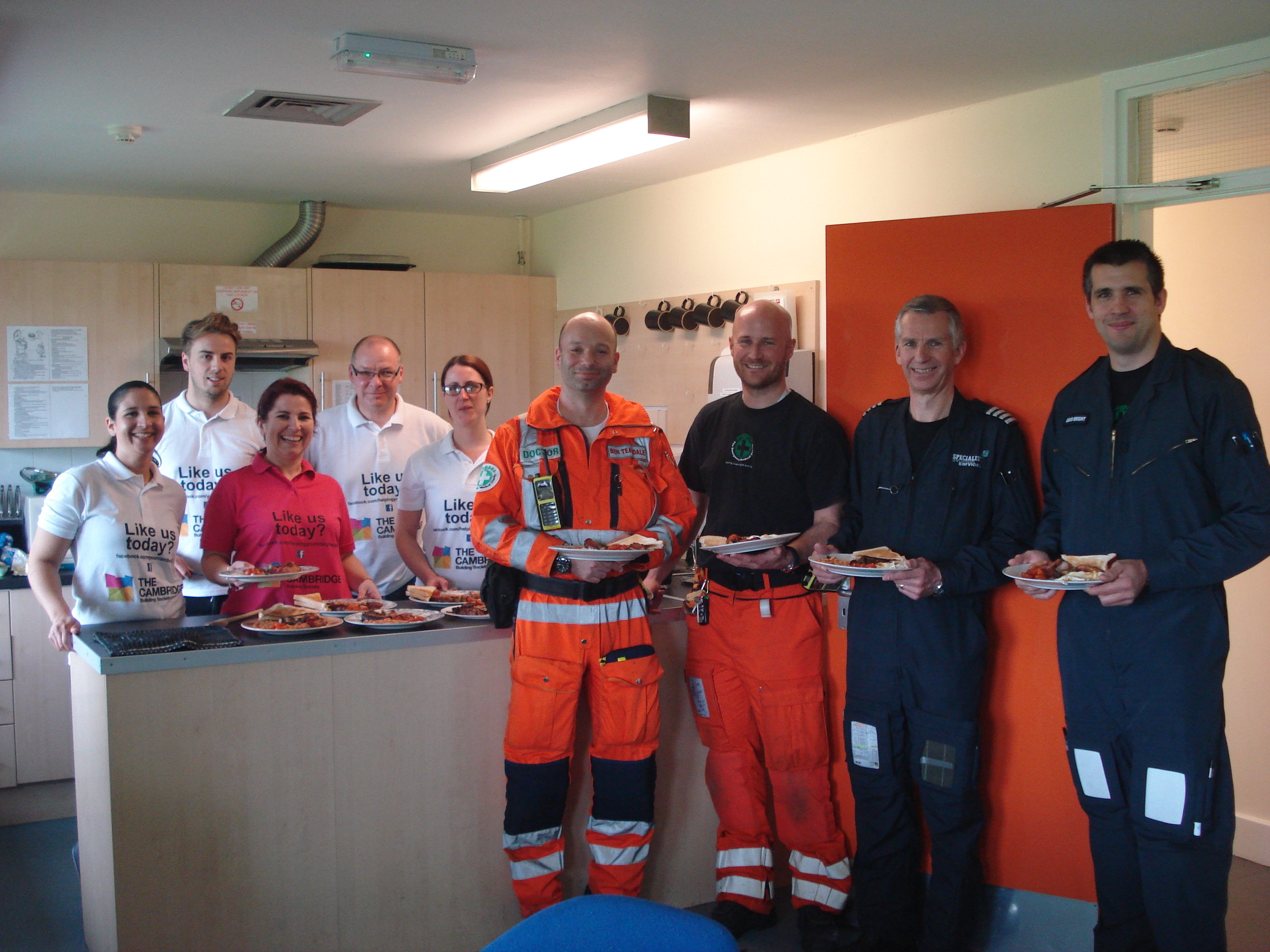 Cambridge Building Society dropped in to the Magpas Operations Base to cook the Helimedix team a full English breakfast!

After Magpas was chosen as Cambridge Building Society’s charity of the month, staff arrived at the Helimedix HQ with bags full to the brim with food, ready to whip up a delicious fry up for the lifesaving team on shift that day.

It was all go from then on, the breakfast cooks took over the Helimedix kitchen, and the smell of bacon and eggs soon filled the room.

It wasn’t long before the Cambridge Building Society supporters had dished up their culinary masterpiece and the Helimedix were sitting down to enjoy their huge plates of food.

After they had devoured everything in sight, Magpas Helimedix Paramedic Dan Read, Doctor Ben Teasdale, Pilot Andy Figg and Crew Member Adam Bright thanked the chefs for their delicious efforts by taking them on a VIP tour of the Helimedix base, explaining in detail how the lifesaving service works, which included a look inside the Magpas Helimedix Air Ambulance.

Just as the Helimedix were finishing their exclusive tour, the alarm sounded, meaning the Helimedix were needed to attend an emergency incident. The team grabbed their helmets and headed for the helicopter, bouncing with energy thanks to their hearty breakfasts.

Marianne, Mortgage Adviser at Cambridge Building Society, said, “It feels great to have cooked the team breakfast, we wanted to do something for Magpas as it’s a local charity which provides such an important and life changing service.”

She added, “Our tour of the base was brilliant, the Helimedix are so passionate and their knowledge is incredible. The fact that the majority of the doctors and paramedics are volunteers who give up their own time is just amazing. You never know when you, or your friends and family, might need Magpas!”

Lydia Foster from Magpas Helimedix said, “We are thrilled to be working with Cambridge Building Society yet again, it’s been a pleasure to work alongside them over the past few years. Their support will help Magpas Helimedix continue to bring specialist A&E care, by land and by air, to those in life threatening emergencies.”

Cambridge Building Society also got involved in Magpas Orange Day on Friday 15th May, where all Head Office staff wore something orange. 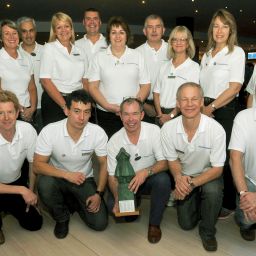 Handelsbanken bowls us over for the seventh year