An incredible chain of survival 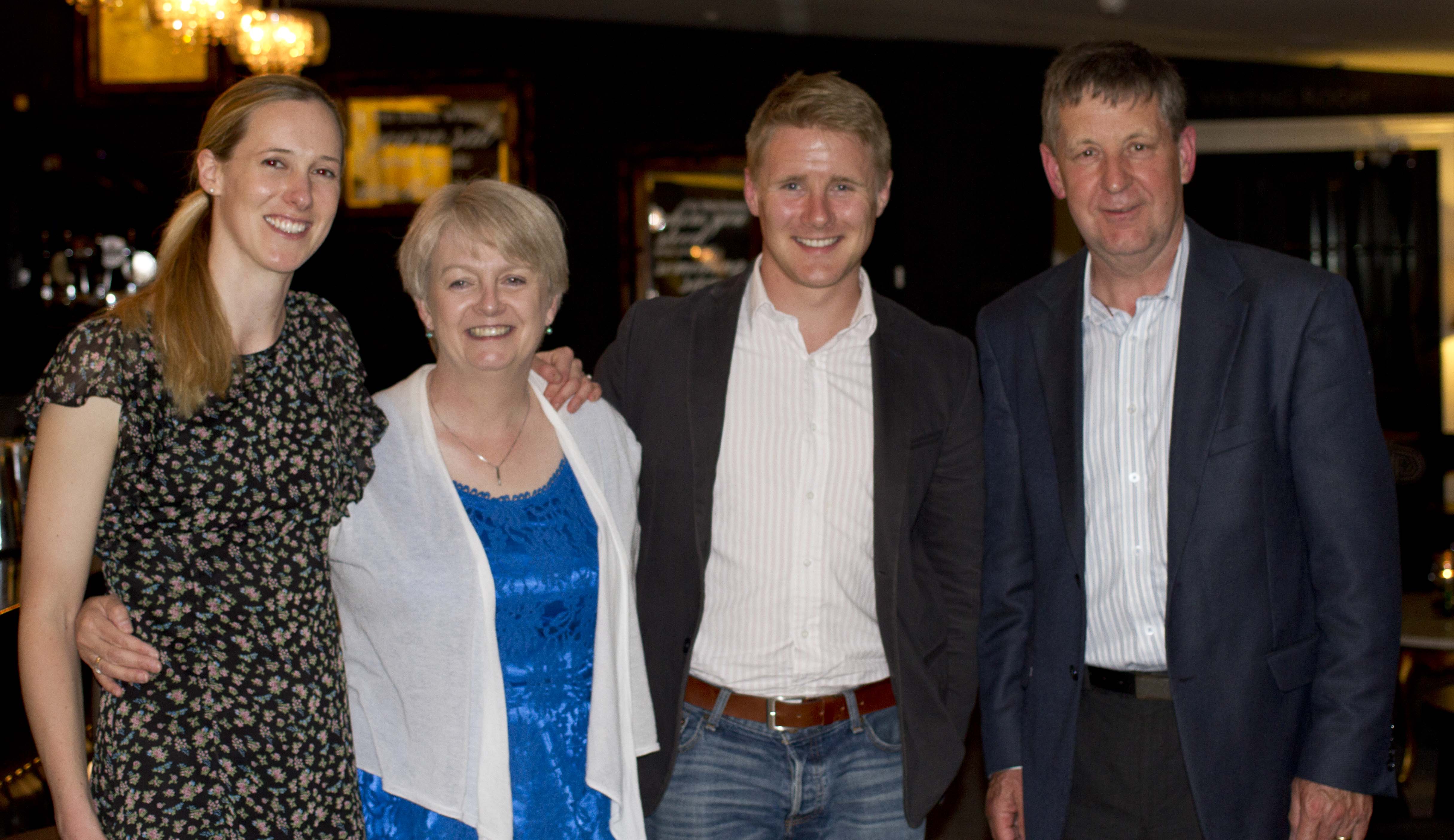 At 5:50pm, one evening in May last year, Helen McMenamin-Smith was in her car on her way home after meeting friends. In the next horrific, life changing moment, she found herself fighting for her life.

As Helen was driving along Branch Bank in Littleport, her car and a motorbike collided at high speed. The motorbike caught fire on impact. The car roof subsequently caved in and crumpled on top of Helen’s head when the car flipped over and ended up at the side of the road. Tragically, the motorcyclist died instantly, but Helen was still alive…just. She was trapped and suffering from life threatening skull fractures, together with severe brain, spine and eye injuries.

Thanks to the extraordinary courage and quick thinking of three passers-by (from Norfolk and Cambridgeshire), Helen was pulled from her smoking car with seconds to spare. They looked after her for those vital minutes before the Emergency Services and specialist lifesaving A&E care could be flown to her at the roadside. Had it not been for those who came to her aid, Helen would not have survived the terrible injuries she endured that day.

As soon as the accident happened, the surrounding traffic inevitably started to build up. Five cars back from the incident scene, was a couple called Chris and Nicki (both are RAF Flight Lieutenants / Chris is based at RAF Marham in Norfolk and Nikki is now also a qualified RAF Doctor). Chris and Nikki were both on leave that afternoon and were on their way to the local pub. Due to the holdup on the road, they both got out of their car to see what was going on, only to find smoke bellowing out of Helen’s car and so they ran towards her. Meanwhile, another man (called Alan) also happened to be driving past and he too stopped and ran towards Helen’s car.

Alan was the first to arrive and was soon joined by Chris and Nikki. Both men started to pull Helen out of the window of her car, leaving their clothes and hair steaming in the heat of the flames. They then carried Helen to the other side of the road and as far away as possible from the burning car. Chris and Alan worked alongside Nikki, an RAF nurse who was training to be an RAF doctor at the time, to stop Helen (who was in a horrendous state) from choking on her own blood. Most members of the public was so shocked by the condition Helen was in, they understandably steered clear and seemed frightened to help. Nikki, Chris and Alan all kept Helen warm and kept her neck straight.

An off duty EEAST Ambulance Paramedic stopped and helped, soon joined by a Fire & Rescue Crew, an EEAST Ambulance Paramedic Crew and Magpas Helimedix, who flew in to provide critical A&E care at the roadside. Magpas Doctor Wayne Kark and Magpas Paramedic Ryan Warwick sedated Helen and then anaesthetised her (putting her in a medically induced coma) to reduce the effect of her head and other severe injuries. They flew her to Addenbrooke’s Hospital (monitoring her condition all the way) for further intensive treatment.

A year and five months later and Helen has made a miraculous recovery. She says she would not be here if it wasn’t for everyone involved that day. Yesterday, to mark the amazing work of all involved, Helen was joined by her husband John and their daughter Alyxandra, as they met with Flight Lieutenant Chris Pearson and Alan Chapman who came to Helen’s rescue last year. Hele also met Magpas Helimedix Doctor Wayne Kark for the first time since the accident (she can’t remember anything about that day, so couldn’t remember Wayne at all).

Mrs McMenamin-Smith described how she felt about the emotional reunion with her lifesavers, “They are very special people. It’s quite amazing that someone can suffer that extent of injury and be in the position I am in today. I am so incredibly grateful and will do anything to help the Magpas Helimedix in the future. Without them, I would not be around today”.

Magpas Helimedix Dr Wayne Kark explained, “It’s an absolute pleasure to see Helen and her family today and to know that she has made such fantastic recovery. We would like thanks Chris and Alan for going above and beyond the call of duty, looking after Helen at the scene of that horrific road traffic incident she was involved last year”.
Dr Kark went on to explain, “Helen is a prime example of the critical difference Magpas Helimedix can make, bringing A&E care to patients in life threatening emergencies, by helicopter or rapid response BMW, in the East of England and beyond. Magpas Helimedix are highly trained Doctors and Paramedics from around the UK, many of whom volunteer their own time to work with us. Supporting the Ambulance Service, our prime goal is not only to save lives, but for our patients to recover more quickly, spend less time in hospital and return to a decent quality of life with their loved ones. Magpas doesn’t receive any Government or National Lottery funding and relies solely on generous donations from the public”.

RAF Flight Lieutenant Chris Pearson said, “I feel an immense sense of pride about being here. I am also in awe of the expert level of care that was brought to Helen by Magpas Helimedix to get her where she is today – after Alan, Nikki and I pulled Helen out of the smoking car on the day of the incident. I just remember getting straight into the routine and doing what I could, alongside Nikki. I only did what I am sure someone else would have done for me. It was also heartening to be part of a team in a different way with (my now wife) Nikki, it definitely added another dimension to our relationship”. When asked how his RAF colleagues has responded to what he had done, Chris replied, “There have been some really positive reactions, a lot of colleagues have patted me on the back for what I did”.

Alan Chapman finished by saying, “I remember that day so clearly. It was just a case of it needed to be done, Helen needed help and my only thought was, I couldn’t leave her in that burning car. It’s amazing to see her today, She is a wonderful woman”.

Magpas Helimedix would also like to thank all the Emergency Services who were present that day for their fantastic teamwork.

Joining the Magpas lottery is a simple way of helping us continue to save lives like Helen’s. For information on how you can sign up, click here: https://magpas.org.uk/lottery/welcome-to-our-lottery