Mum spends another Christmas with family thanks to Magpas Air Ambulance

In 2016, Sophie Short from Littleport, near Ely, would have described her life as perfect. She and her fiancé Michael were planning their wedding together, their baby boy was born at the beginning of the year and they were settling into their new home. That is, until Saturday 1st October 2016.

Sophie describes, “That afternoon, our son was sleeping in Michael’s arms and I took that opportunity to nip out and collect some shopping. It was a crisp, autumn day, the sun was shining and the roads were clear of traffic. My music was up & I was enjoying a short drive with my own company – something a lot of new mums can appreciate, I’m sure!”

“We live in a fairly rural location and on approach to a bend my car skidded on mud on the road. I panicked as my car headed towards a ditch that was filled with water and in a split second I turned sharp left, resulting my car flipping, landing in a ditch on the opposite side of the road and leaving me upside down in a crushed car.”

“I remember my head hitting the driver’s window and felt masses of stinging nettles that had crept through the smashed windows on my skin. My heart was racing, adrenaline was coursing through my body and for a few seconds I didn’t feel any pain. I managed to undo my seatbelt, turn off the ignition and tried getting up to the passenger window – my only way out. However, as I started to stand up I felt a sharp pain unlike anything I’d ever experienced before. It shot through me and suddenly my entire body hurt, my face was bleeding and I felt glass wedged in my head and ear. I fell back into the driver’s seat in tears and the pain just kept building and building.”

“In that moment, I remembered my phone was in my back pocket – had it been anywhere else I’d have lost it when the car rolled – and I was able to call my husband, tell him I was trapped and where I was. He left our sleeping baby with a neighbour, called 999 and found me just 2km from our house.”

“It’s a bit of a blur after that, but I remember Michael laying as close to me as he could get, touching my hand through a gap. I remember the tree above and the ditch around us. I remember him telling me help was coming, how frightened he looked and how terrified I was.”

“Various emergency vehicles arrived, including the fire and rescue service, paramedics and police. The fire brigade managed to cut part of the car and lowered one of their men in to help hold me still. I was petrified and every vibration from the car being cut rippled through my broken body. I cried like a baby. Then I remember hearing the sound of a helicopter, and seeing two orange suits approach the car.”

“Between them they squeezed into the gaps to reach me, they spoke to me, held my hand, wiped my tears and reassured me – all while providing me with medical care that may well have been the difference between me walking again or not.”

Sophie remembers intense pins and needles in her legs, followed by no pain, or sensation, at all.

This was Magpas Dr Sarah and CCP Dan administering Sophie with specialist medication only a critical care team such as Magpas Air Ambulance can provide outside of a hospital A&E department. It’s essential that Magpas Air Ambulance can bring this advanced level of care to the scene of emergencies, it not only helps protect their patients and takes away the searing pain they’re so often in, but also means patients have access to this vital care they desperately need as soon as possible, when time is of the essence.

Sophie continues, “Magpas Air Ambulance gave me drugs that a standard land ambulance cannot carry, which sedated me so they could get out of the wreckage and protect my injuries. Sarah and Dan decided the safest way to get me to hospital was by air ambulance. They wrapped me in blankets & held my hand as I came around. I remember Dan talking to me, telling me I was brave, telling me I’ve got a baby to get home to and that Michael was nearby. He kept my fight very much alive, he kept me alive.”

“It took almost 2 hours to cut and safely get me out of the car… and just 11 minutes to fly me to Addenbrooke’s Hospital.”

It was there the extent of Sophie’s injuries fully came to light. She was diagnosed with 7 fractures to her spine, including her thoracic (upper-mid back), lumbar (lower back) and C spine (neck). Sophie explains, “Due to my fractures I developed Functional Neurological Disorder (FND). This is where the spinal cord gets stressed and sends messages to the brain to switch off the body so it can rest, sending me into a semi-paraplegic mode. From my hips down, my legs didn’t work. I had to learn to walk over and over again.”

FND is something Sophie now lives with & manages her symptoms on a day to day basis. However, she says, “I’ve learnt to appreciate that this is only temporary, and know how much worse it could have been. Had Sarah and Dan not been there and been so precise with my care that day, those fractures could have severed my spinal cord and left me paraplegic for life. Instead, I beat the odds and ran the London Marathon for this amazing charity this year! I’ve been able to run in the park with my son, walk down the aisle to Michael on our wedding day – and if Magpas Air Ambulance didn’t attend that day, I wouldn’t have been able to do any of that, and I may not be here now getting ready to spend another Christmas with my family 5 years on from my accident. I thank them every day from the bottom of my heart.”

Magpas Air Ambulance is a charity that can only continue to provide patients across the East of England with lifesaving care thanks to generous support from people like you. Can you make a donation to Magpas Air Ambulance and help them keep more families like Sophie’s together this Christmas? 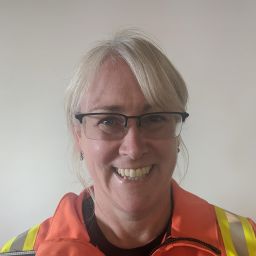 Saving lives and keeping families together at Christmas 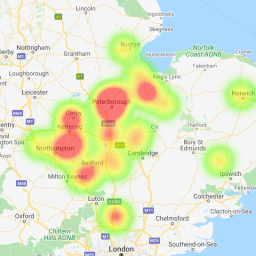 It wasn’t a silent night, or Christmas, for the Magpas Air Ambulance team 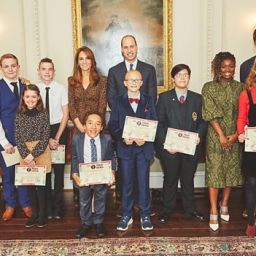