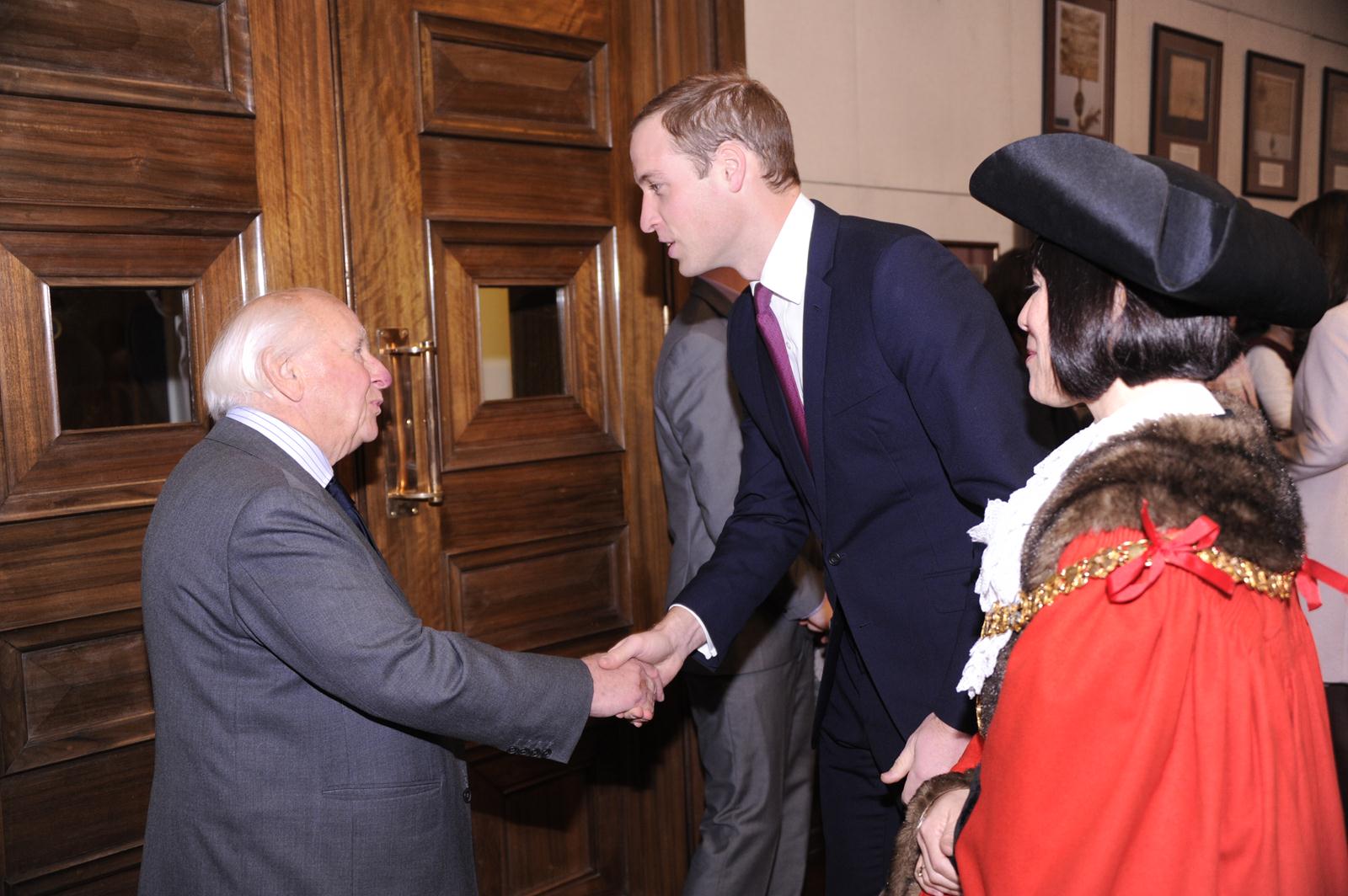 Magpas founder Dr Neville Silverston MBE had the great pleasure of meeting the Duke of Cambridge in November 2012, during his royal visit to the county with the Duchess of Cambridge.

Chief Executive Officer Daryl Brown of Magpas Helimedix welcomes the Duke of Cambridge to the Eastern Region, after the exciting news that HRH Prince William will be working as a pilot for East Anglian Air Ambulance:

“Magpas Helimedix congratulate Prince William on his new position with our sister Air Ambulance charity in the region.

We very much welcome the Duke of Cambridge to the county and to the East of England, as he begins working alongside our specialist Doctors and Paramedics. We also hugely appreciate his support for all the Air Ambulance charities in the Eastern Counties and indeed in the rest of the country.

We look forward to welcoming His Royal Highness to the Magpas Helimedix Operations Base at RAF Wyton for a tour, once he has settled into his new role. Magpas Founder, Dr Neville Silverston MBE, also had the pleasure of meeting Prince William when he first visited the county with the Duchess of Cambridge. Our Magpas Helimedix are on call day and night, as we have been for the past 40 years, caring for those whose lives are in danger following a severe medical emergency. We are proud to continue offering this service. The East of England is fortunate to have three Air Ambulance charities, operating five helicopters, covering a population of nearly six million people”.