Bedford sports team, Kempston Rugby Club, have been avid supporters of Magpas Air Ambulance for the past two years, but their most recent fundraising challenge has stepped it up another notch!

The club describe themselves as a family, with members and their relatives (from babies to grandparents!) all coming together whenever possible. So with lockdown putting the season to rest – along with all the social events that come with it – they decided they had to do something to bring everyone together virtually and promote health and wellbeing. Not only that but they decided to turn it into a fundraiser, supporting two vital charities: their local lifesaving air ambulance, Magpas Air Ambulance and Looseheadz, who are dedicated to supporting mental health within the Rugby scene.

And so ‘Beds to Burg’: the Pentathlon to the start of the Lions Tour in Johannesburg, was born!

Rachel Cameron, one of the Kempston Rugby Club members explains, “Everyone is encouraged to run, walk, swim and cycle (or scoot for the kids!) the distance from our team home, Cuttler Hammer in Kempston, to The FNB Stadium in Johannesburg. Totaling over 8,000 miles!”

The Rugby Club have taken the challenge by storm and set up a Strava account to log everyone’s distances and activities. They also even decided to take ‘the scenic route’ to their destination, including mini challenges along the way. For example, most recently in honour of ‘reaching Monaco’, they set the challenge for the fastest time walked, cycled, run or equivalent around the Monaco Grand Prix Circuit – with everyone donating £1 to take part.

Rachel continues, “The response has been outstanding from both participants and supporters sponsoring us. People within the Club and the community have said this has given them something positive to focus on and the motivation to start getting out again. It’s genuinely heart-warming to see the Club, its families and supporters come together in this way; with offers of support and walking dates being arranged for a chat and fresh air, and seeing pictures of everyone out and about.

“As ever, it’s also so rewarding to see everyone so willing to get behind the event for two great charities, including Magpas Air Ambulance who have fearlessly saved the lives of so many and in turn touched the hearts of so many more!”

Shelley Green, Magpas Air Ambulance’s Community and Events Fundraising Manager, adds “We’re so grateful for all of Kempston Rugby Club’s support and are loving following their progress and cheering them on.

“Our fundraising has taken a massive blow this past year, so it’s amazing to see members of the community we serve taking on such fun and imaginative fundraising challenges for our lifesaving cause!

“Last year alone, Magpas Air Ambulance were called to an average of 4 serious medical emergencies in Bedfordshire every week, but the charity simply can’t continue to operate without your support. If you’ve been inspired to take on a challenge of your own, please get in touch – we’d love to help find the right fundraiser for you and make it a success.

“If you’d prefer to make a donation, you can do so here or show your support for Kempston Rugby Club via their Just Giving page: Rachel Cameron is fundraising for Magpas Air Ambulance (justgiving.com)” 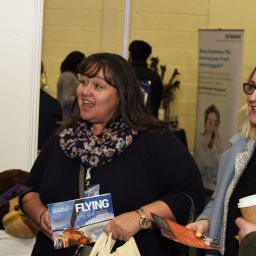 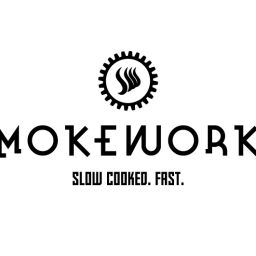 For all you BBQ food fanatics…