The first Magpas team worked alongside a Cambridgeshire Fire & Rescue Crew to safely remove a man (in his 20’s) from the car. The Helimedix provided the patient with pain relief and specialist treatment, before accompanying him to Addenbrooke’s Hospital by land ambulance. On arrival at the hospital, the man was in a critical but stable condition.

The second Magpas team worked alongside a Cambridgeshire Fire & Rescue Crew to get a second man (in his late 30’s) out the car, who was also trapped. The Helimedix then anaesthetised the patient who suffered severe chest and limb injuries, before accompanying him to Addenbrooke’s Hospital in a land ambulance. On arrival at the hospital, the man was in a critical but stable condition.

A third man (in his 20’s) suffered chest and limb injuries and was also trapped in the car. Cambridgeshire Police removed him from the vehicle. This patient was given critical A&E level care by an EAST Anglian Air Ambulance team (who arrived at the incident scene by rapid response car). They then accompanied the man to Addenbrooke’s Hospital in a land ambulance.

A fourth man (in his 20’s) suffered serious lower leg injuries and was trapped inside the van. A Cambridgeshire Fire & Rescue Crew worked to get the patient out of the vehicle, before he was sedated by Critical Care Paramedic Dan Cody, who then accompanied the man in a land ambulance to Addenbrooke’s hospital.

There was outstanding partnership working amidst all the Emergency Services. On behalf of the Magpas Helimedix teams, we would like to say a big thank you to everyone who helped at the scene. 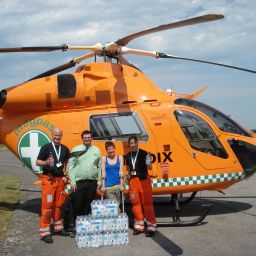 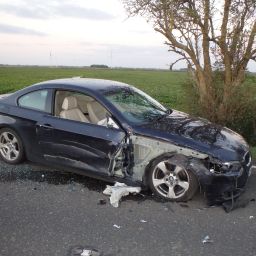