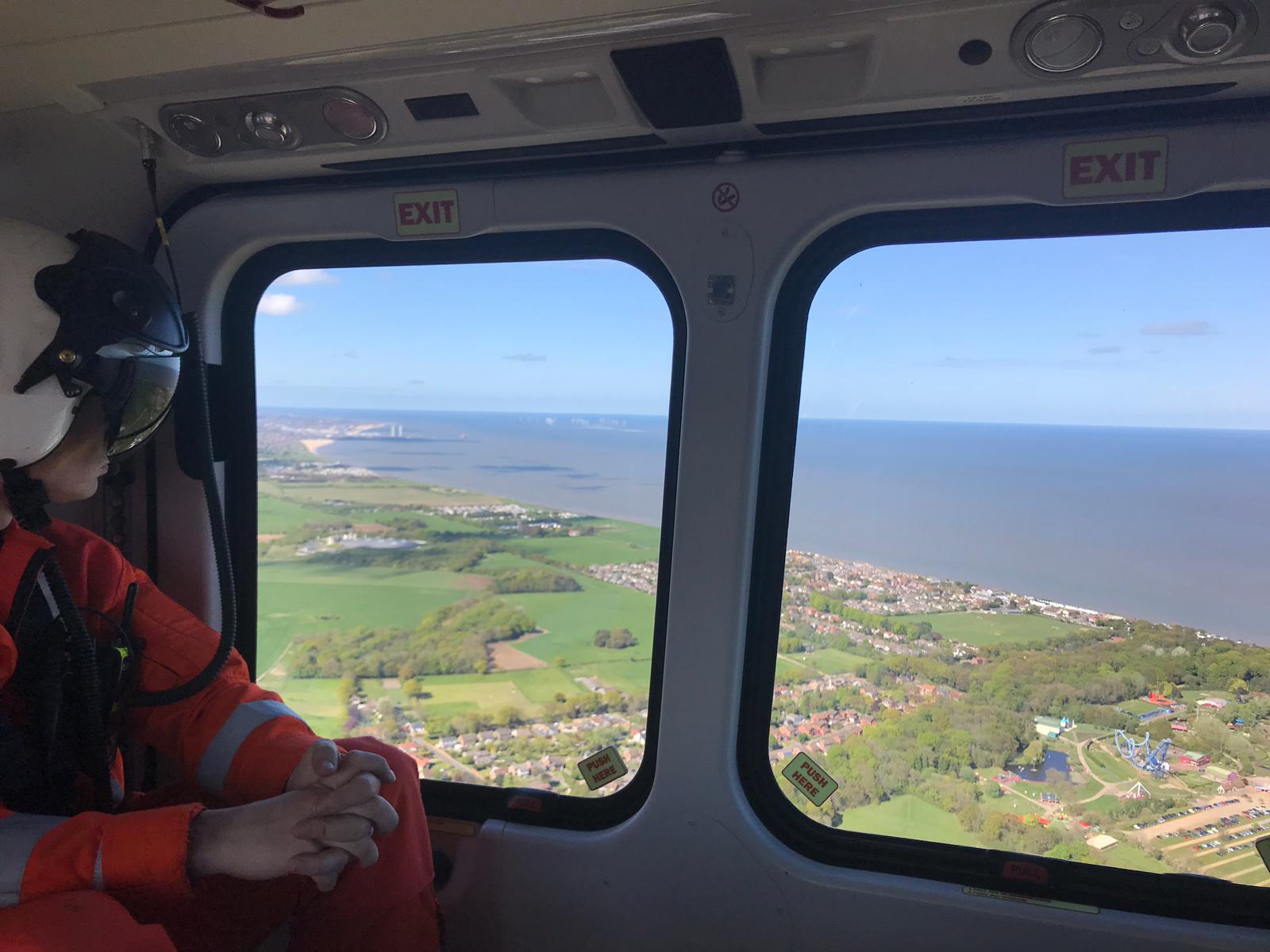 At 3:02pm yesterday afternoon (11th), Magpas Doctor Phil Morgan and Magpas Paramedic Steve Chambers landed in Lowestoft in the new Magpas Air Ambulance. They had been called to treat two young men; one of whom had sustained head injuries following a fall from a large brick wall (approximately 15ft high) into the sea. The second man had jumped into the water to help.

Both young men were subsequently rescued by HM Coastguard and Norfolk Fire & Rescue Service crews. The Magpas enhanced medical team utilized their hospital level skills and knowledge to assess both patients at the scene. Fortunately, neither of the men had suffered any life threatening injuries. Both patients were then taken to James Paget Hospital in Kings Lynn, in a stable condition, via land ambulance.

Magpas Critical Care Paramedic Steve Chambers said, “We wish our patients a swift recovery. Both men were extremely fortunate not to have suffered more serious injuries bearing in mind the circumstances of this incident.”

Steve went on to say, “This is also a prime example of how our new aircraft enabled us to reach the scene (without having to refuel) and at a faster speed; in fact 15% faster than we would have been able to fly previously. Magpas Air Ambulance can only exist because of the communities within which we work. Without our supporters, we wouldn’t have been able to bring this new aircraft to the region or in turn continue to keep it flying.”

An EEAST Ambulance Service paramedic crew and Norfolk Police were also in attendance. All the emergency services worked well together.