Arriving by rapid response vehicle at around 11am this morning, Magpas Doctor Charlotte Haldane and Paramedics Dan Cody and Alex Pearce had been called to a van driver who had sustained minor injuries on the A1198 near Papworth Everard, when his van collided with a fallen tree. The patient did not require further medical treatment by the Magpas team.

The Magpas enhanced medical team was then immediately called out to a second incident, at around midday, involving a double decker bus which had overturned (due to the wind) in Wisbech. Working with paramedics from the EEAST Ambulance Service, the Magpas doctor and paramedics assessed 11 people, all of whom had fortunately sustained only minor injuries.

The Magpas enhanced medical team was subsequently called at around 2.15pm to a third collision on the A141, near March. Two lorries and a van had collided as a result of high winds, leaving one lorry driver (a man in his 40s) trapped inside the vehicle with minor injuries. The driver of the other lorry (a man) and the two occupants of the van (a man and a woman) all thankfully sustained minor injuries. 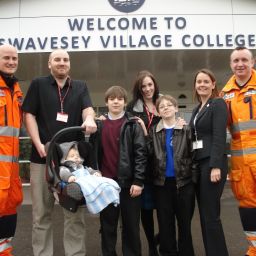 Meet Brandon and his family 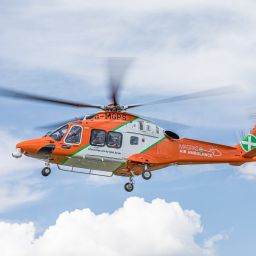