The Magpas team assessed a man (in his 20’s), who suffered a severe back injury. The Helimedix worked alongside the ambulance crew at the scene to provide pain relief, before flying the man to Queen’s Medical Centre in Nottingham. On arrival at the hospital, the patient was in a serious but stable condition.

The Helicopter team who flew the Helimedix to the patient and to & from the hospital was: Pilot Craig Redman and Crew Member Steve Hunwicks.

An EMAS Ambulance Rapid Response car and the Police were also present. All the Emergency Services worked extremely well together.

Car vs tree, near Wisbech – Magpas Helimedix fly to scene 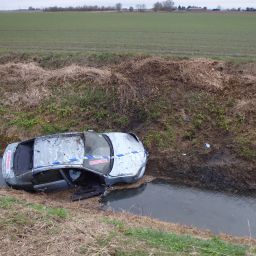